Mr. Beams is a line of wireless LED light fixtures created by the small, but successful and fast-growing company, Wireless Environment, LLC. Since 2006, Wireless Environment has been an influential leader in the wireless LED lighting market introducing 16 new energy-efficient wireless lights. The company has 22 patents filed and 6 patent issues in the United States. It also has several internationally filed patents. This fast-growing company is based out of Solon, Ohio. Their current vision for the future is to have lights that operate effectively on and off the grid, shifting between wired and wireless, similar to the way a laptop computer works.

Mr. Beams was launched by Wireless Environment in 2008. The line offers highly efficient LED solutions for both indoor and outdoor environments. Featuring motion-sensor activated technology, these affordable lights are extremely convenient as they can turn on and off automatically. They are also effortlessly battery operated. Several Mr. Beams products are covered by Wireless Environment, LLC’s patents. This grid shifting technology addresses emergency lighting issues with intelligence and energy storage.

The selection of high-quality LED light fixtures featured in the Mr. Beams line includes products such as ceiling lights, path lights, lanterns and spotlights. Motion-sensor lights are a great option for outdoor security lighting, while a ceiling light from the Mr. Beams collection offers the perfect solution for lighting up a dark closet or storage room. All of Mr. Beams LED lights offer hands-free illumination and are simple to install – no electrician needed!

The Mr. Beams ReadyBright™ Power Outage Lighting System uses battery-operated emergency lights that light up automatically in the event of a power outage. With the simple plug into a wall, the power detector will turn on the emergency LED lights through a wireless signal when the power goes out. The Power Outage Controller detects a power outage and recharges in any outlet. It can also be used as a remote control. This system will activate lights within 70 feet for up to 40 hours. 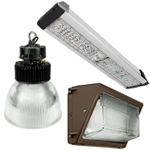 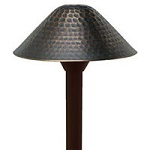 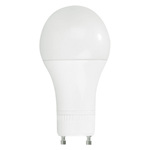 Products by Application
Back to All Brands