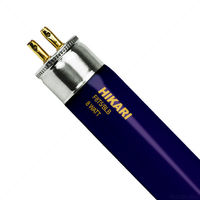 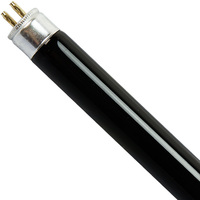 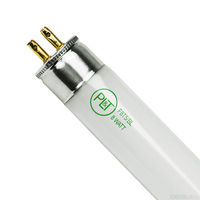 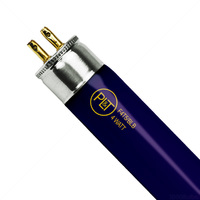 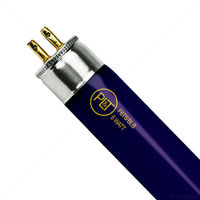 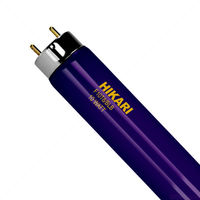 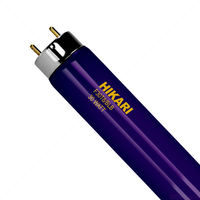 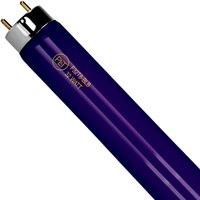 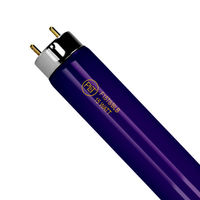 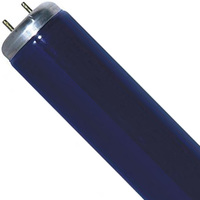 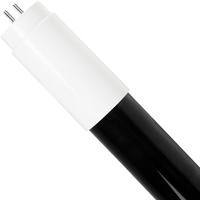 What is a Black Light?

A black light is a bulb that emits ultra-violet (UV-A) light and not much visible light. A bulb can either use a filter to block most visible light and only allow ultraviolet light through or it can produce ultraviolet light and limited light in the visible spectrum. When you think of black lights, you're probably thinking of the first kind. Black lights with the blue filter coating are called "blacklight blue" or "BLB" by manufacturers. The filter causes these bulbs to look purple or dark blue even when turned off. The second kind can look like a standard fluorescent tube. These black lights are labeled "blacklight" or "BL" since they lack the blue filter that gives the first type the name. BL black light bulbs tend to skew more towards a blue light than purple and are made for use in bug zapper insect traps.

What Glows Under Black Light?

Ultra-violet light causes some materials to glow or fluoresce, which is brought out by blocking most of the light in the visible spectrum. You've probably been to a bowling alley or college party that used black lights to make clothing glow. White and neon colors react the best, especially orange, yellow, pink, and green.

Black light bulbs are used to authenticate oil paintings, some antiques, and catch counterfeit currency. There are also inks and dyes that contain fluorescent ink that can "invisibly" mark items, which can be used for anything from passing secret notes to marking items to be recognizable if stolen. "Invisible" ink is also used by some children's party centers to stamp a parents' hand to a matching number on their child's to prevent adults from leaving with a child they did not bring to the event. There are also some plants and animals that glow under UV light including some species of scorpions and fungi.

Black lights can be fluorescent tubes, CFLs, mercury-vapor lamps, incandescent, or LED. The first black light was created by using a UV filter called Wood's glass over the bulb. Since then more efficient sources have come to light. Incandescent bulbs do not produce much light in the ultraviolet spectrum, but they remain the most economic option. Fluorescent black lights, whether as a spiral CFL or a black light tube light typically use a special phosphor that emits UV-A light instead of visible white light. The dark blue outer coating filters out much of the remaining visible light so that the fluorescence effects of the bulbs can be better observed. Black lights come in many different shapes and sizes, like the spiral shape of CFL bulbs and the A-shape or tubular shape of incandescents. Black tube lights have the same sizing designation as linear fluorescent or LED tubes, with the number after the T signifying the tube's diameter in eighths of an inch. So, a T8 tube has the same 1-inch diameter as a standard T8.