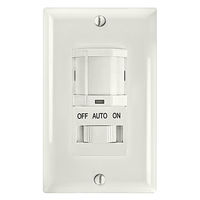 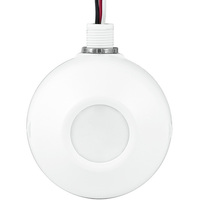 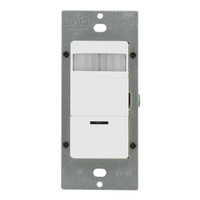 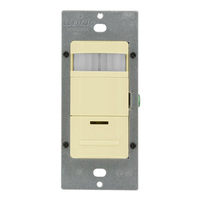 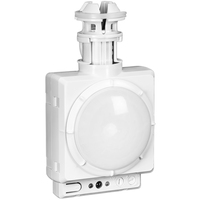 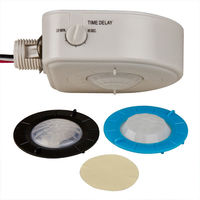 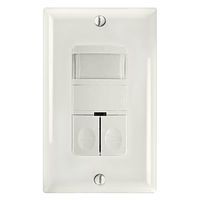 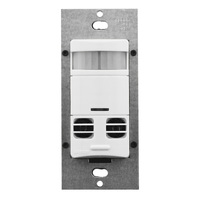 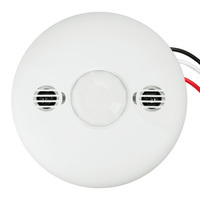 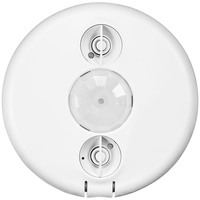 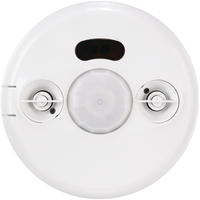 Occupancy and vacancy sensors allow you to save energy without requiring major changes to your daily routine. The innovative technology senses when a space has become vacant and will turn off the lights after a certain period of time, or vice versa depending on the sensor used. While there are many different motion sensing technologies out there, vacancy and occupancy sensors all fall under one of two categories: active and passive.

Active sensors send out a signal and passive sensors don't. Because of this active sensors generally require more electricity to run. The active sensors most commonly used for lighting are ultrasonic sensors. These sensors detect changes in the space they cover by emitting sound waves that bounce off an object. They measure the time it takes for the sound waves to return to detect movement, much like a bat uses echolocation to see at night. The only type of passive sensor is the passive infrared, or PIR, sensor. PIR sensors technically don't detect motion, but the infrared radiation (heat) emitted by all warm-blooded creatures. These sensors are limited to line-of-sight and cannot detect movement through large objects like bookshelves or partitions. There are occupancy sensors that combine both ultrasonic and PIR technologies, called dual-tech sensors. These sensors require both the active and passive sensors to trip before turning on the lights. However, only one type is needed to keep the lights on. This causes far fewer false alarms than single-tech switches and is best for spaces where just one type of sensor isn't enough, like rooms with tall furniture or high ceilings.

You can also select motion light switches available in active, passive, or dual-tech options. Choose from several operation types including single pole, 4-way, and multi-location. We carry a wide range of square foot coverage as well as several different load types including CFL, fluorescent, LED, and incandescent. Some motion switches do not include the surrounding wall plate, but they can be found here. For color consistency, we recommend sticking to the same brand. From wall mount to ceiling mount and high bay to standard room height, we have the vacancy and occupancy sensors you need.

If you have any questions about vacancy and occupancy sensors and how they can benefit your space, consult the 1000Bulbs.com staff at 1-800-624-4488.